The machine has a built-in HP-IB port and eight DIO expansion slots on the back, which made it popular for use as a test equipment controller. It was often paired with the HP 2671G thermal printer, which would sit on the top of the case.

My 9826A has a rare accelerator card (Newport Digital Turbo-25), which contains a Motorola 68020 CPU and 68882 FPU, both running at 25MHz, as well as 4MB of RAM. This card plugs into any available DIO expansion slot and takes over from the built-in CPU. Any DIO memory cards have to be removed, though, since they're too slow to work with the faster CPU. The accelerator card doesn't require any other cards or software support, it works seamlessly with all the standard stuff you'd use on this machine. 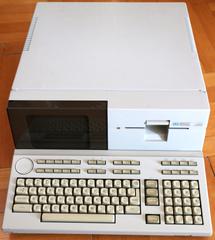 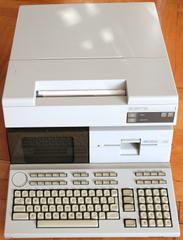 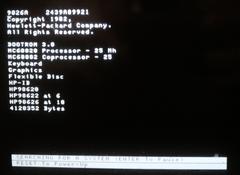 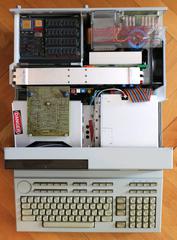 HP 9826A with top cover removed 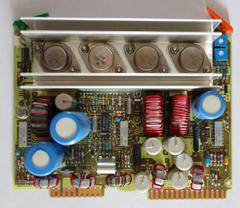 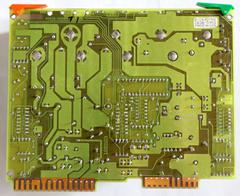 09826-66562. The rainbow cable on the right goes to the floppy drive. The gray connector is for an additional floppy drive and is unused on the 9826A. 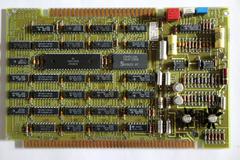 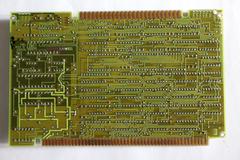 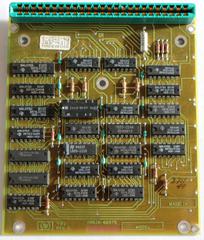 09826-66575. This board handles the graphics overlay, which is mixed with the alpha output on the CRT digital board. 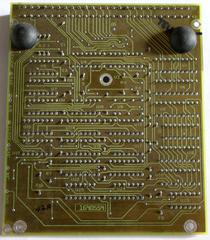 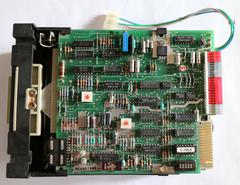 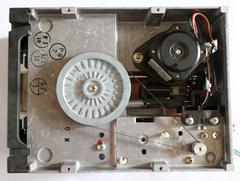 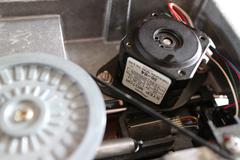 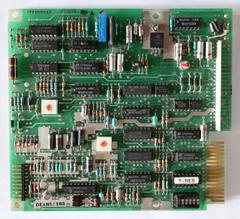 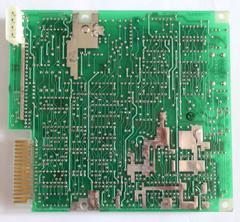 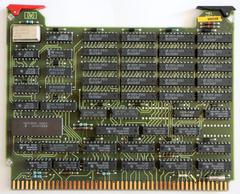 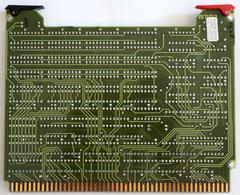 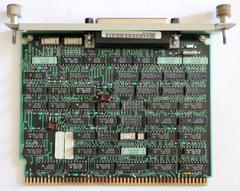 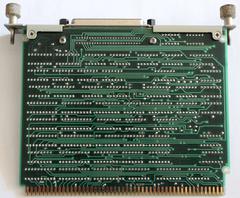 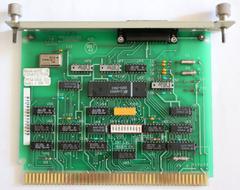 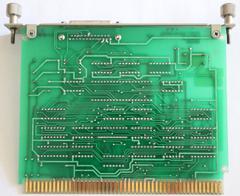 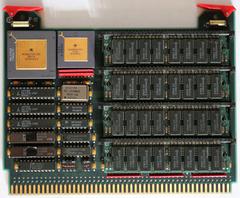 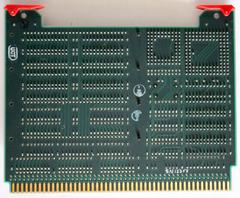